We are the Sum of our Ancestors, Decolonizing Herbalism and other healing modalities

"Lo que se hereda no se hurta/ What you inherit you don't/didn't steal. " 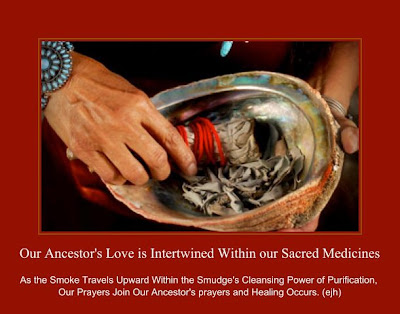 This dicho is a lesson for all of us Q/POC struggling with identity and our "place" in this assimilationist nation of neo-colonizers and appropriators. That which is already ours by nature, that which is our inheritance...we can't  be accused of stealing or steal. We don't have to. No-  It's not even about "taking it back" or 'occupying' or 'getting back to x, y, z'. It's already ours. Been ours. Y ni podemos vender. (We can't sell it) Y nadie nos puede robar de nuestr@ herencia.(No one can rob us of our heritage/inheritance).

Angela Lugo (a Puerto Rican yerbera/ herbalist) says in 'Testimonial for the ancestors': "We are the sum of our ancestors."

The knowledge of our ancestors, our inheritance, can never be taken away from us. Though others may try to eradicate it or even  borrow it and sell back a flawed and incomplete version, we carry in our Spirit all the knowledge amassed over thousands of years by our ancestors. Relearning/rediscovering can seem like an uphill battle when systems are set against us reclaiming our legacies, but it can and is being done. So don't be disheartened. It will take some time to rediscover what took centuries upon centuries and generations upon generations for the colonizers to try to eliminate, assimilate or destroy. Rest be assured that it IS happening and at a faster rate than the actual destruction. 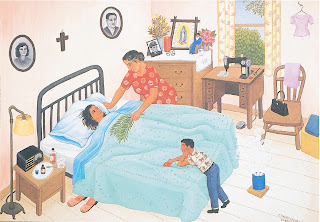 Our queer and POC ancestors have a rich history of being healers. Fact. We had our own systems of healings, our own modalities and our own ways of passing down this knowledge. While some western herbalists will try to tell you that this knowledge no longer exists and has been decimated or only exists in fragments, this is not completely the Truth. 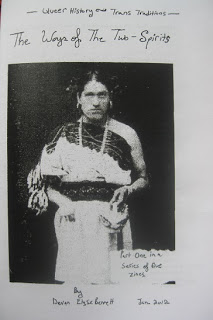 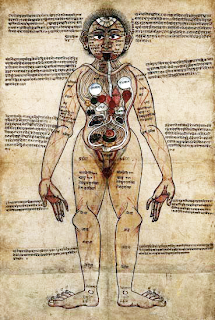 See, here is the issue:

Many mainstream holistic healers start out with these assumptions. As with many other types of "outsider" work intending to create social change in marginalized communities, there's this assumption that these outsiders are going in and blazing this new trail because it either
a) doesn't exist  and the communities need to be taught
or
b) past knowledge or peoples have been romanticized and given a "shout out" but their ways are thought to be either stripped down and incomplete or assumed to be no longer relevant in "our society."

The "dominant culture" finds the old ways illegitimate because it's not written (our People have largely oral traditions and this is not valued) and these ways also don't look familiar. I've seen some western herbalists go in expecting healing systems to look a certain way and if they don't, they are delegitimized and deemed incomplete.

I've seen spirituality stripped away when it is integral to our ancestors' healing. I've seen herbalists assume that "herbalists" don't exist in certain indigenous communities because they don't go by "herbalist" or "shaman" or words (even certain concepts) that were invented by mainstream (white) herbalists and anthropologists.

I've seen herbalists decipher between "practitioners" and just regular old folks who are, you know, "just fiddling around with herbs in their kitchens to heal their families". But there's no difference in our communities. The fact that someone doesn't mass produce herbs or do consultations for pay on a large scale or go around touting their herbal skills from coast to coast does not discredit them. The fact that black and brown herbalists don't flock to societies, groups, or networks of healers and herbalists using titles they don't use themselves (see "shaman" and "herbalist"), doesn't mean that they don't exist.

The fact that you will not find our ancestor's knowledge in books written by them does not discredit their knowledge. The written word is a western value. Folks--not just any folks, the very folks who find themselves with privilege and power on a regular basis-

have to stop expecting things to look the way they're used to. That's why there's so much misinformation. Do you really trust a codex or an herbal written by the colonizers who committed genocide? Do you really trust their understanding? Seems like they'd be bad historians

What gives anyone the right to deem what is legitimate or not based on their own levels of comfort, methods, and value systems? What gives anyone the right to call a system mere superstition versus a legitimate healing modality? Why does a group of people with power and privilege get to tell other groups of people that their systems are not up to par or that they're incomplete and better luck next lifetime or when they've "fixed it"?

The "western lens" is truly a blindfold a lot of times. Sometimes you just can't compare things. You can't look for commonalities in problematic assimilationist way, legitimizing whatever looks similar to your teachings and what you've learned and discounting all other parts of a system.

Don't assume that all systems from India (ayurveda, yoga,etc.) are the most advanced because the British said so. Don't assume Acupuncture was only done in China. Don't assume Greek medicine and Hippocrates are superior because that's where most timelines start for "western herbalism". African and First Nations medicine gets overlooked a lot because some don't consider it to have much value. Why are their ways considered more "superstitious" or "primitive"?  Maybe their value can't be assessed because it's less accessible to outsiders? Who knows.


All I know is that-

We are the sum of our ancestors.
We are their medicine stories and folk remedies. We are their nourishing and medicinal recipes.  We are their dances for the Divine. We are the legacy of their healing circles and nurtured crops. And as long as all this lays forgotten because we are learning the "dominant" history as if our ancestors' did not exist or is not as valuable...we will be incomplete. A fraction of what we could be.

It's time to decolonize holistic health.

Here are some relevant dichos to begin the process: 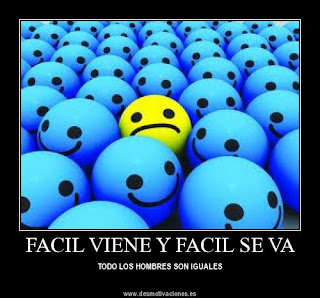 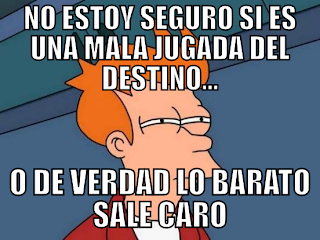 So this needs to be said-
This isn't just the work of people of color as this erasure wasn't completely of our doing, either.

Where do we even start?


Don't folks get tired of hearing only about their own perspective or the same old models? We should all challenge ourselves in this if we consider ourselves to be healers. Ancestral healing is central to our own healing. At the core of this healing is knowing our histories which can be extremely difficult but not impossible.
Posted by Toi: Afrovisionary at 10:39 AM

I am an herbalist in the Western Tradition too and I want to speak to some of the things that you said. My heritage is Mankeme (Chorotega), I was not raised to recognize my Native heritage, I was raised simply to believe we are mestizos. I am working to de-colonize my mind and to bring back our tribal language and medicine.

My granny knew half a dozen plants when I was little, she was not an herbalist. She was as you said, a woman fiddling in the kitchen with herbs, which I don't find insulting because I know our women back in the day, used to know about a dozen medicinal plants that they used on their own for self-care and for their families... like knowing which plants were edible... For more serious stuff they went to the healer. In that regard, what you are describing doesn't make sense or apply to my people. White people are not the only people who can recognize healers. We DID have healers. They were a very visible part of the community, an integral part that we honor and respect highly. I think the same is true for most Native people in the Americas, healers are important to us and we have always acknowledged them.

I do want to voice my opinion about something else that you said because as a Native woman and an herbalist I know that a lot of our knowledge HAS been taken from us. I am a prime example of someone who is struggling with a lack of traditional medicine in her tribe. It's very sad and it's very real. I am working to address this issue among my own people. I would like you and your readers to know that for some of the tribes, our ways really are gone, it's not an exaggeration. I wish that was not the case but I can't deny what I see in my own community. To ignore this is to ignore the way genocide has affected us. We need you to be clear about that because we need allies for when the time comes for our traditions to be brought back to life. Thank you.

Thanks so much for sharing your story, Sirama.
I believe it's important that all sides of the story are told when it comes to healing knowledge that exists (or doesn't exist) within communities and families, whether they be indigenous, black, latino, multi-ethnic,etc. The fact that there is still knowledge passed down about even a handful of medicinal plants is powerful. Even if it's not written in fancy, paperback books or taught in workshops or conferences, which is many times what western herbalists may value.

I know that many communities have a lot of piecing together of our healing histories to do. I definitely don't deny that or that some tribes have lost their traditions completely. But, I also don't believe it's accurate when so many teachers of western herbalism go around saying that *all or even the *majority of indigenous healing traditions have been decimated or are nonexistent. My question is, how can these folks say that with such assurance when there are so many different tribes across the globe? It also discounts the contact and sharing of knowledge that's happened between People for thousands of years and the many ways in which healing knowledge has survived and will continue to survive whether or not it is in a nice, neat, written package. And whether or not it looks like what they are used to seeing.

I agree that it's really important to acknowledge the tribes that have been stripped of knowledge and also those who have maintained knowledge (even if a small amount), and those striving to reclaim knowledge or who are create new healing ways, inspired by traditions.

I, too, am on a quest to reclaim this healing knowledge. Or moreso, my healing abilities- this legacy left by my ancestors to heal myself and assist in the healing of my community. I know that I'm seeking ancestral ways that have been buried so deep, stolen, hidden away. I know that I may never be able to piece together everything, but I feel that I have all I need with my ancestors' guidance, developing connections to plants and their medicine, Spirit, and meeting folks like you around the world who are committed to doing this work and sharing knowledge.

"I know that I may never be able to piece together everything, but I feel that I have all I need with my ancestors' guidance, developing connections to plants and their medicine, Spirit, and meeting folks like you around the world who are committed to doing this work and sharing knowledge."

I don't pull out my Ifa elder's words often (so as to not mis-represent them or myself) but in this case I am not afraid to say it: Ashe!

PS. I think you are a very important thinker/healer already and I hope to have a tea with you sometime... I live in the Bay Area and I'm adding you on FB when I find you.